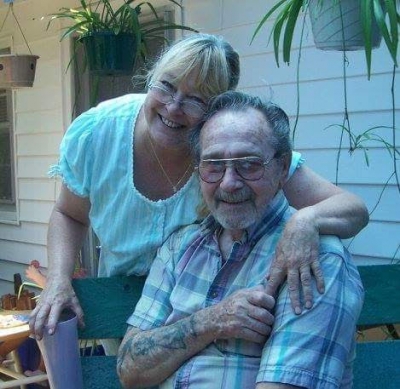 Contributions will go to the celebration and memory of William 'Bill' Zerr's life. Unfortunately, he did not have life insurance. The donations will be used to help pay for final expenses and help his wife. The family appreciates your help.

Born 7/25/1931, he lived in Hendersonville, NC. He worked as an Ornamental Iron Worker and created true works of art. His work can be seen in numerous private residences  and businesses around Hendersonville.

He was a veteran of the Korean War, a cancer survivor, a husband, father, grand father and great grand father. He was loved by many.  Life was difficult the last couple of years with the sudden death of his young daughter in law , Lavada Sproul, in August 2016 of pancreatic cancer. His son Fred  Sproul (51) is currently battling stage 4 Duodenal cancer and Bill was his biggest supporter and cheerleader. He loved NASCAR, his dog and cats, and most of all his family. He was prceded in death by a son, Paul Gee and daughter, Billie Lynn Zerr.

A Memorial is being planned and will be announced.

Unfortunately, he did not have Life Insurance. Any help will be greatly appreciated to help cover the final expenses.

Raised by 5 people in 30 days
Fundraiser has ended

Scott and Susan Zerr and family 1582 days ago

Daughter Sharon and Family 1582 days ago

Scott and Susan Zerr and family 1582 days ago

Daughter Sharon and Family 1582 days ago