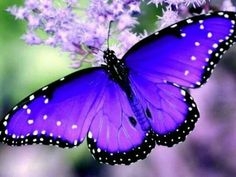 She was born September 12, 1941 in Shadyside, Ohio a daughter of the late Frank Hocker, Sr and Irene Mae Wells Hocker.

Lucy was a Baptist by faith and a former school bus driver.

In addition to her parents, she was preceded in death by sisters, Daisy Estell, Frances Carter and Ada Mae Hocker and brothers, Frank, Nathaniel, Ralph, Daniel, Emanuel, Fred, William and Randall Hocker.

Surviving are her children, Kimberly McGlouglin, Lori Cooper and James Cooper, Jr. Also a host of nieces and nephews.

A Celebration of Lucy's Life will be held at the Bauknecht-Altmeyer Funeral Homes & Crematory 441 37th Street Bellaire, Ohio on Monday, February 29 from 11 am until time of the memorial service at 12 Noon with Rev. Frank Hocker, III officiating.

The family of Lucille Hocker Cooper requests donations be made to the family for any future expenses.

Share your thoughts and memories with Lucy's family at www.bauknechtaltmeyer. com.