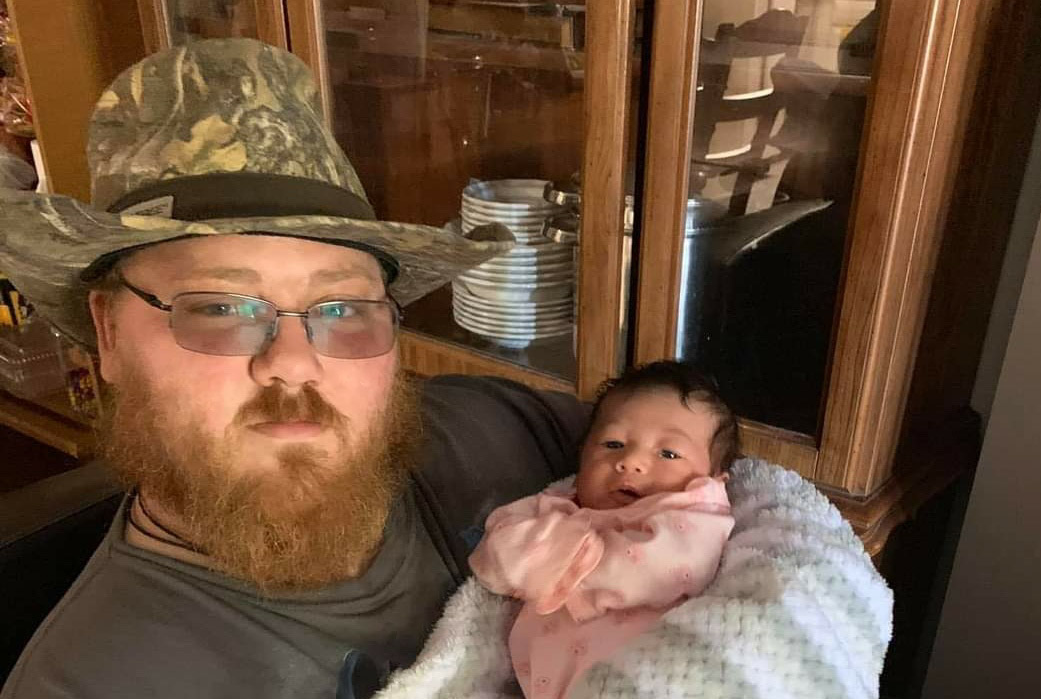 The family of BJ Strickland was not prepared for this devastating and sudden loss. Please show them the support that you can at this time.

Friends of the family are asking for your support to contribute to his memorial fund so that his loved ones will have the resources necessary to deal with some of the financial burdens which they will certainly face in the upcoming weeks and months ahead.  If you can give, please click the “donate” button to the right of this text.  If you are unable to contribute at this time, please share this campaign so that others may be made aware of this worthy cause.

BJ was the best of us; A perfect symphony of love and compassion! He was genuine, self-sacrificing, and sweet. BJ had a heart of gold and more spiritual gifts than there are stars in the sky.  He was hilarious and loved joking around. His jokes were original and priceless. His funny silly ways of putting things and his humor had a way of making us feel better when we were feeling down. He often reminded us to smile, and loved to laugh with us.  He loved wholeheartedly and had an unselfish desire to uplift and fulfill the needs of his family and friends. He inspired others to believe in themselves even when the tasks seemed arduous. He would tell us that we can make it through the hard times.  He would often remind us to believe in ourselves and in the power of God. He was generous and many times in the past he opened his doors to those less fortunate, because he believed it was the right thing to do. BJ believed in forgiveness. He could never stay mad long. He had a willingness to make amends with people no matter how they trespassed against him. Regardless of the situation BJ was a bringer of light and peace. He lit rooms and warmed hearts wherever he went. His joy in life was to bring others joy in life.

Beyond his thoughtfulness he was playful, silly, and joyful. He never lost his childlike wonder of the world. He was in awe of wildlife and was always fascinated by wolves. A rarity he could actually whistle like a bird and the birds would answer back. He spent a lot of time outside enjoying the shade and watching the day. He enjoyed outside activities such shooting, hanging out by the fire with his brothers, or playing outdoors with his nieces and nephews. He also liked to play video games and watch interesting movies or tv shows. He loved spending quality time with his wife and friends. He loved riding in the car with his family members while singing along to the radio.  Every now and again you would bump into him at the local department stores, thrift shops or the flea market. He enjoyed hunting for clothes, hats, knives, trinkets and other unique items. He loved family get togethers, holidays, cookouts, baby showers, or birthday parties. He wanted to witness every major event in the lives of his family members and friends. He had so much fun and took so much pleasure in his communion with others. His other Passion was food. BJ loved hamburgers. It was his favorite food. Every time he went out to eat he wanted to get one. If they didn’t have hamburgers he was comedically reluctant to try other things and would make hilarious jokes about it. He was also fond of sweets. His favorite sweet thing was German Chocolate cake. Pecan Pie was a close second and as far as candy - Reese’s all the way! But what could be more delicious to him than German Chocolate cake? The answer is: Anything and everything his mom could cook. He often bragged on the things his mother made and would tell everybody about it.

Above all else BJ loved his mother and was appreciative of everything she did for him. They made an awesome team. He was always there for her and told others he wouldn’t go do things until he made sure his mom had everything she needed to start her day. A beloved son, BJ was dedicated and compassionate. His parents brought him up to be capable, fair, patient, strong and strong willed. He learned to be honest and faithful like a hero without a cape. He was proud to be his parents’ son and he knew without a doubt that they loved his siblings and he more than anything in this whole world.  He did what he could to take care of and honor them. He was ever present in their lives. His parents knew that if they called on him, he was there to answer. He was devoted to their happiness and faithful to their love.  He loved family get-togethers like Thanksgiving and Christmas because it was an opportunity to have his parents and family under the same roof.

A trusted brother. He was there to give advice and talk through problems.  He gave a listening ear to their concerns and arms to lean on when life got heavy.  He always had his siblings backs, no matter the need. He was only a phone call away. He liked to check in and make sure everyone was ok. He tried his best to take care of them. All siblings squabble and have disagreements, but BJ was the type who would always want to hug it out and move past it. He took pride in being a good little brother. He supported his siblings by being present in their events, houses, and hearts.

BJ was a guiding, loving, and proud uncle. BJ’s legacy lives on in the lives of all who knew him. Precious was his protective character. It is up to those of us who are remembering him to pick up the torch and shine his light. His beliefs, stories, and morals orbited around our hearts, and they still do. With this we wanted to share a special note of love to the nieces and nephews. Now and in the future:

BJ loved children. He especially loved you all. He believed in fairness, trust, doing the right thing even when it was hard. Let the lessons he taught you serve as a guiding light for your future and for your future generations. Know that above all else, he was proud of you. He talked about you often. He always had fond or funny stories to tell about all of you. He could never stay mad at anyone. You were his biggest joy. He never had one single regret about choosing you all before himself. He would want you to know he loves you very very much. Though you are sad right now, he would tell you it will be ok. What he always said was: I’m here for you. You can’t change it. It is God’s will. Things happen for a reason, even if we don’t know what that reason is. We don’t know why BJ is no longer here with us. But what is absolute, is that his love was and is everlasting.

BJ would want us to also mention the other love of his life. If you thought I was going to say Brandy, he loved her greatly, but think again. His first better half was his incredibly adorable fur baby Rebel. Chihuahuas often only bond to one person in their lifetime. BJ bonded with him. He loved Rebel so much. There was hardly a time when BJ was without him. He was always in his arms, jacket, coat, car… just somewhere. He talked to Rebel like a human and treated him with the same adoration you would a baby. BJ had other pets in the past, but Rebel was his little buddy and he wouldn’t let anything bad happen to him if it could be helped. He was like BJ’s own child, Being a good dog daddy, surely BJ wouldn’t want us to leave him out. Please keep  Rebel in mind.

As for his last, but certainly not least love Brandy, no matter the situation, circumstance, difference of opinion, or action. It was always her that won his love. It was his love that kept her persevering, re-assured, and safe. His feelings for her knew no comparison. They were tightly knit. Illuminating like a diamond, their love was their courage, fortitude, and strength. They grew up around each other, had fond shared memories of being children and discovering things about life together. They started out with the sweetest puppy dog love, met some challenges along the way, but made inroads and marched on. They wed on Monday March 12th 2012. They had their quirks but they both deeply loved each other and were committed to one another. Time after time they always chose their love above anyone and anything else. Like the sun he was always there igniting their partnership with his infinite devotion.  Oh how his laughter could light up her life! She wants all to remember him as he was.

Raised by 9 people in 30 days
Fundraiser has ended