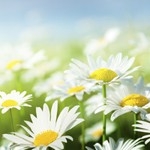 Kathy Jo Dunn left us on Wednesday,June 28, 2017, after battling cancer off and on for  over twenty years. Kathy was loved by all who knew her, for her kind heart and fun pirit. She always tried to help anyone in need even when she was in  need herself.

In 1994 Kathy was diagnosed with desmoid tumors.  She had to have most of the muscles in her arm removed and eventually had to quit her career as a hair dresser because she couldn't use her arm anymore.  She went through several surgeries and radiation treatments to shrink and remove tumors over the next 10 years.

In  2005 they found more tumors in her chest which were also removed.  They found one wrapped around her spinal cord which couldn't be removed but required more radiation. The following year she was diagnosed with kidney cancer and had to have more surgeries and radiation. She broke her arm in 2013, and because of all the radiation she had had in the past, the bone wouldn't heal itself.  During a bone scan to try to find the best treatment, the doctors found another tumor. This time it was spindle cell sarcoma, which they said was caused by the radiation over the years.  She had chemotherapy but because of all of the past surgeries, in 2015 the doctors decided that the best treatment would be to amputate her arm in an effort to stop the cancer from spreading. Unfortunately, they didn't know at that time that it had already started to spread.

In May of 2016 she was diagnosed with esophageal cancer that had spread to her stomach and lymph nodes.  The cancer was taking up most of her throat so she had to have a feeding tube put into her stomach. She continued with chemo and radiation, and they were able to shrink the tumor by half. However, they found several more spots in her stomach, so small but numerous, that there was no way to get them all.  She refused further treatment at that point because there was no chance of recovery.  She was given 6 months to live.

During that 6 months, we watched her deteriorate further. She was in and out if the hospital, nursing home, and eventually hospice.  When they put her into hospice for the final time they expected her to live 3 more days, but she exceeded everyone's expectations and stayed with us 2 more weeks.   She passed away on Wednesday, June 28,2017 surrounded by family and friends.

Kathy was loved by all who knew her, for her kind heart and fun spirit. She always tried to help anyone in need, even when she was in need herself.  She will be greatly missed, but we can take comfort knowing she is no longer suffering.