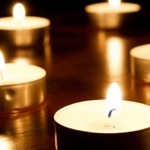 He was a member and usher at St. Mary's Catholic Church in St. Clairsville.

Ed was a graduate of Bridgeport High School and held certificates from the American Institute of Banking, the American Savings and Loan Institute and Ohio University. He also held a Diploma of the National Installment Credit School.

Ed was a 56 year veteran of the banking industry.

He served as President and Chief Executive Officer of Belmont Savings Bank until 1995 when he retired.

After retirement, he continued to serve on the Board of Directors until 2000 and served as an Advisory Director until death.

He was past President of the Ohio Savings and Loan League, Eastern Ohio Development Council of Belmont County and Bellaire Kiwanis Club.

He also served as Vice President of the Bellaire Area Chamber of Commerce and Big Brothers of Belmont Country.

He was a Veteran of the Korean War serving in the Army, member of both the Knights of Columbus and Lansing Sportsmans Club.

In addition to his career accomplishments, Ed was a dedicated Cleveland Browns and Indians fan and an avid golfer.

To honor his life the family wishes memorial contributions be made to the Miracle of Life League.  We thank you in advance for all your support during this difficult time.

Raised by 4 people in 30 days
Fundraiser has ended

Friends of his daughter, Jude Hollingshead, @ Procter & Gamble 1721 days ago

Friends of his daughter, Jude Hollingshead, @ Procter & Gamble 1721 days ago