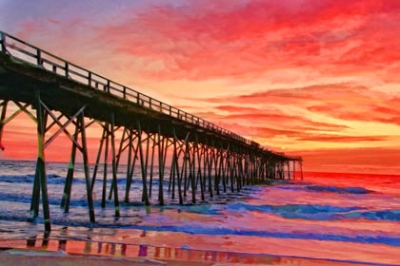 Jason passed away at his home in Wilmington, NC, on June 26th 2019 at the age of 42. He was a devoted and much-loved son, brother, uncle, grandson and friend. He gave his 'momma' the biggest and best bear hugs. He was born and raised in Baltimore, MD., and moved to Wilmington 4 years ago. He lived with his cat Earl, who he loved dearly, and who he called his 'little buddy'. Earl will be loved and cared for by Jason's mother in Florida.

Jason was a talented chef and had worked in the food service industry for many years. In addition to his work as a chef, he had been a power tool mechanic; a quality manager at a Baltimore factory; and most recently worked at the Corning fiber optic factory in Wilmington, where he was constantly learning new skills and progressing in his career. His friends and coworkers at Corning were impressed by his willingness to always help wherever help was needed. His leadership and work ethic were second to none and much admired. He was a perfectionist and succeeded at anything that he set his mind to. They loved his sense of humor and how he always brought out the very best in those around him.

He loved spending time playing on-line games with people around the world; and since buying his first home in March had become a very proud homeowner, enjoying spending time watching the flowers popping up in his garden. He loved to visit his family in Baltimore, especially spending time with his two nieces; and also enjoyed visiting his mother and step-father in Florida.

Jason was a big-hearted, generous and always kind, loving man who will be missed by many.