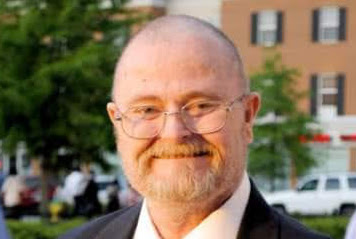 Please join in helping the Lockhart family in there time of need.

Robert Mitchell "Mitch" Lockhart, 69, of Newport News passed away Sunday, September 5, 2021. He was preceded in death by his parents, Grace and Robert Lockhart.

Robert proudly served 21 years in the U.S. Navy and received a Meritorious Unit Commendation Medal, Navy and Marine Corps Achievement Medal, and Joint Meritorious Unit Award. He served in the Pentagon, Los Angeles Class submarines, and Nimitz Class nuclear-powered aircraft carriers. He was a member of the Disabled American Veterans (DAV) – Chapter 2 who was passionate about the DAV community and honored all who served in the military as he had. He was a good storyteller and his family remembers his at-sea stories well.

Robert was the sort of man who approached life with a smile and always tried to make the best of it. As a young man, Robert was active and energetic while engaging in various sports, running marathons, and even figure skating. He loved music, movies, and books, and always liked a good puzzle or challenge. He was an extremely intelligent man with a wealth of knowledge who could always be counted on to be a supportive listener.

But Robert’s greatest wealth was his family. His wife Helen, and his two daughters Crystal (Geoffrey), and Haidee (Mark), were well loved by a husband and father who always wanted to be present for their important moments. The jewel of his eye, however, may have been his grand-daughter Addison. Other family members left to remember his love and support include his brother John (Marian) and his nieces Cheryl and Shanna.

Robert’s health began to decline in 1995 when he had what would be the first of eight strokes. As the years progressed, he faced and fought lymphoma, myelodysplastic syndromes (MDS), and colon cancer. Despite these challenges, Robert did not slow down. He walked both of his daughters down the aisle at their weddings and became a proud Papa to his only granddaughter. He also continued to travel around the country to places like New York City, Las Vegas, Atlanta, and Washington D.C. He even settled into his dream retirement home in the Philippines. Through it all, his loving wife Helen was by his side.

Robert was always willing to go above and beyond for his family, his community, and this nation. Now is our opportunity to try and repay his kindness by supporting Helen and his family. Any donation that you wish to make for this family would be greatly appreciated as they move forward without Robert. His resilient spirit allowed him to live a life so full that all of us who were a part of it will miss him immensely.

This fundraiser has been created in partnership with
Altmeyer Funeral Home
12893 Jefferson Ave., Newport News, VA 23608

Raised by 5 people in 30 days
Fundraiser has ended