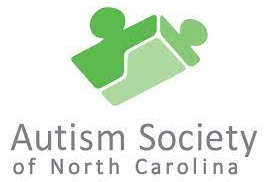 Please donate to the Autism Society of North Carolina in memory of Dr. Delano Lang Jr.

Dr. Delano Roosevelt Lang, Jr., age 91, passed away peacefully on Saturday, April 23. 2022 at the Vidant Medical Center of Greenville, NC surrounded by his family.
Dr. Lang was born on June 14, 1930 to Delano R. Lang, Sr. and Willie Rose Copeland Lang in Ahoskie, NC. He put himself through college and medical school through painting and farming. Dr. Lang attended Hampton University and Howard University School of Medicine, then traveled to California to do his post medical school training at William Beaumont Hospital. Upon completion of post medical school, in 1957 he joined the United States Air Force rising to the level of Captain and was stationed in Aviano Airforce Base Italia as a flight officer. Dr. Lang was honorably discharged in 1960 and was very proud to serve his country. Born and raised in Hertford County, North Carolina, Dr. Lang returned to Ahoskie in 1965 to begin work as a family practice physician where he served admirably for 50 years. He was always proud to say he served with no lawsuits due to the attention and care he gave his patients. Dr. Lang retired in 2012 and enjoyed the company of his grandchildren. He was a caring father, grandfather, brother, and friend that will be deeply missed by all that knew him.

Along with his parents, Dr. Lang was preceded in death by his sister, Catherine Lang Archer.
Left to cherish Dr. Lang's memory is Michael C. Lang and his wife Stephanie Westbrook and children Aiden, Hadley, and Paxton Lang of Grimesland, NC, and David B. Lang and his wife Suzanne Lang and children Liam and Victor Lang; his wife, Judith, along with three special friends, Wallace Hall, Roy Sharp, and Raymond Warren.