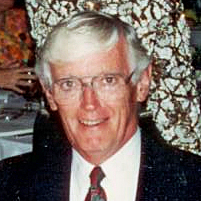 Bob was a lifelong communicant of St. Charles Church, a longtime communicate of Immaculate Conception Church in New Lebanon, NY, a member of Msgr. Eugene F. Marshall Knights of Columbus Council 103 for 63 years, and a member of Bishop Conaty.

Mr. Robert E. Dwyer, Sr., 86, owner of Dwyer Funeral Home and Dwyer-Wellington Funeral Homes, passed away on Christmas day, at home on Queechy Lake, surrounded by his loving family.
Born in Pittsfield on December 18, 1933 the son of F. Emmett and Helen Tracy Dwyer, he was a 1952 graduate of St. Joseph High School and a 1956 graduate of the New England Institute of Anatomy, Sanitary Science and Embalming in Boston and Berkshire Business School in Pittsfield.
Mr. Dwyer was a Korean War veteran, having proudly served as a Corporal in the United States Marine Corps. He was a member of the Marine Corps League.
Growing up, Bob and his family lived above the funeral home and he started helping out his father at a young age. He took great pride in the service he provided to people. He had the ability to be kind and compassionate as well as making sure every minor detail was carried out with extreme professionalism and precision. His Marine Corps training would always show through. His two sons joined him in the family business and recently his grandson joined the business to become the 5th generation of Dwyer’s to work at the funeral home. His son, Dan, moved to Michigan and now has his own funeral home.
He was a lifelong communicant of St. Charles Church and a longtime communicate of Immaculate Conception Church in New Lebanon, NY. He was a member of Msgr. Eugene F. Marshall Knights of Columbus Council 103 for 63 years and a member of Bishop Conaty Assembly 395 Fourth Degree Knights of Columbus.
Bob enjoyed antique cars and had collected many over the years. He especially liked his Bronco’s, Packard’s and Tbird’s. He was still driving his white 1964 Thunderbird Convertible to work almost every day right up until he put it away for the winter this year. He was so happy to have just finished restoring a 1957 Tbird and enjoyed showing it to anyone who would take the time to look. He would spend hours reading Hemmings Motor News and liked to watch the car auctions on tv.
Bob was also an avid Patriots and Red Sox fan and would often add colorful commentary during the games.
His favorite place to be, when he was not at work, was Queechy Lake where he served as Past President and longtime member of the Queechy Lake Club. He liked to work around the yard and spend time on the pontoon boat. He loved having his children and grandchildren around him and watching them enjoy the lake.
In 1959, he met the love of his life, the former Deborah Pender, while she was visiting her grandparents who owned the former Pillars Restaurant. They would marry on September 29, 1962 at St. Charles Church after Debbie graduated from St. Luke’s Hospital School of Nursing and enjoy 57 wonderful married years together.
Over the years he purchased the Blonarz Funeral Home on Wahconah St., the Zoph Funeral Home on Bradford St. and the Newton and Barnfather Funeral Home on East Housatonic St. eventually consolidating them all into the North St. Funeral Home. He also purchased numerous apartment buildings surrounding his North St. Funeral Home.
Besides his wife, he leaves his four children, Kathleen O’Brien (Frank) of Easton, CT, Julie Lloyd (Tom) of Bennington, VT, Dan Dwyer (Kelly) of New Boston, MI and Robert Dwyer, Jr. (Whitney), of Richmond, MA, who has worked side by side with his father for the past 35 years; two sisters, Elizabeth “Betty” Kasuba (Don) and Marmie McKeever (Vinnie); two brothers in law, Dick Dunham of Dalton and Bill Pender of New Mexico; 12 grandchildren, Steven Dwyer, Shealagh, Egan, Kaitlyn, Kiernan and Erin O’Brien, Alexandra, Danielle and Quinn Dwyer, Emily Lloyd Cole (Larry), Nicholas and Sean Lloyd and two great granddaughters, Henri Sophia Dwyer and Ella Cole. He also leaves many nieces, nephews and extended family. Besides his parents and stepmother, Eleanor Rita Dwyer, Bob was predeceased by his two sisters, Helen Callahan and her husband Maurice and Mary Ellen “Bee” Dunham and a brother Bernard “Bib” Dwyer.
Bob will be deeply missed by his family, friends and all the people whose lives he had touched throughout the years. His professional commitment to serving those in need will be carried on for generations. “Semper Fi”

Dan, Kelly and family,
So sorry to hear your sad news. We will be thinking of all of you during this difficult time. God Bless You.

Dan, Kelly and family|
We were so sorry to hear of your loss. You and your family are in our prayers.

Thank you for filling this jar with

your Michigan Memorial Family 21 days ago

Scott and Marci Goodsell 21 days ago

Jimmy, Frank, Karin, Susan and all your friends here at Treasured Memories 23 days ago

Christopher and Lori-Ann Gilbert 25 days ago

your Michigan Memorial Family 21 days ago

Scott and Marci Goodsell 21 days ago

Jimmy, Frank, Karin, Susan and all your friends here at Treasured Memories 23 days ago

Christopher and Lori-Ann Gilbert 25 days ago