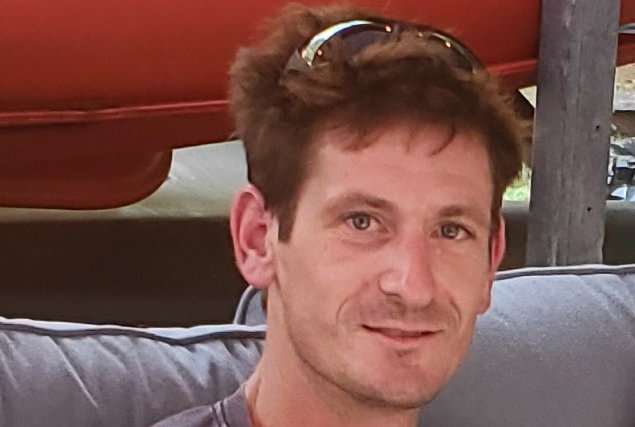 His memorial service will be held at 11 a.m., Wednesday, June 8th, at South Banks Community Church

Joe was born in Morehead City on March 16, 1985 and lived in Carteret County most of his life. Joe had a very creative mind, and was known for being both kind-hearted and mischievous. Many of his friends have shared accounts about how Joe has gone out of his way to help them in their times of need. Almost everyone who knows Joe also has a funny story to share.

After high school Joe developed a passion for cooking and held jobs in several dining establishments. In 2010 he moved to Fayetteville Arkansas. Within a few days after his move he went to work at a restaurant where he provided catering services to the University of Arkansas Razorbacks football team. From there he went to work as the executive chef at Farrell’s Restaurant in Fayetteville. Before moving back to Carteret County in 2015, he had the opportunity to help open a new restaurant called Flaps Down at the airport in Springdale Arkansas.

While in Arkansas, Joe’s son, Rad, entered his world. Rad has been his greatest joy over the past nine years. They had the opportunity to share many adventures and exploits.

Joseph was survived by his son Radford (Rad) Purifoy and Rad’s mother Anna Crayton of New Bern; his mother Sheila Purifoy of Morehead City; his father George Purifoy of Hudson, Florida; his sister Jorgie Brown of Morehead City; his brother Casey Purifoy and his wife Angela Purifoy of Greenville; his sister-in-law Charmagne Purifoy; his nephews and nieces Zachery Brown, Seth Purifoy, Macie Williams, Sara Brown, Dallas Purifoy, and Makayla Purifoy, and many aunts, uncles, and cousins. He was preceded in death by his brother Donald Purifoy.

Joe is also leaving behind thousands of people who called him “friend,” and quite a few who also called him “brother.”

Family and friends are welcome to submit online condolences at www.mundenfuneralhome.net
Arrangements by Munden Funeral Home and Crematory, Inc. in Morehead City, N.C.

This fundraiser has been created in partnership with
Munden Funeral Home
2112 Arendell Street, Morehead City, NC 28557

Susan and Andy Lloyd 21 days ago

Susan and Andy Lloyd 21 days ago

Eric Griffin 23 days ago
View All