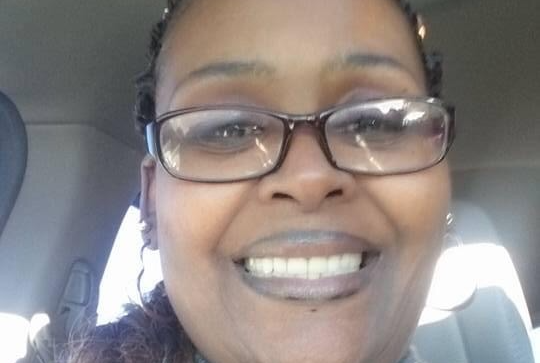 The Family of Clarise Mitchell

Clarise Mitchell passed away very unexpectedly. This is a terrible loss in their family. They need the help of their family and friends to raise funds for her burial. Please consider helping the Mitchell family any way you can.

Clarise Mitchell, age 53 of Canton, and formerly of Massillon and Alliance, passed away Wednesday, January 6, 2021.
She was born in Chicago on October 20, 1967 daughter of the late Lula Mae Odom.
Clarise was a home health aide and had worked at several nursing homes in the area.
She enjoyed watching movies, the outdoors, and traveling.
Clarise was a caring and loving mother to her family and is survived by sons Tremaine Sistrunk, Michael Sistrunk, Antwione Odom, and Deantre Odom,  brothers, Michael McDaniels and James Odom, sister, Twanda; grandchildren, Cristian Sistrunk, Zahmyah Sistrunk, Michael Sistrunk Jr.and her father Alphonso Jones.
In addition to her mother, she was preceded in death by sister Denise Odom and brother Willie C. Odom.
Calling hours will be held on Thursday, January 14, 2021 from 4 to 7 P.M. at Heitger Funeral Home - Massillon Chapel.
Masks will be required as well as social distancing.
In lieu of flowers donations may be made to the family by using the following link  Clarise Mitchell (tmcfunding.com)
Condolences to the family may be made at www.heitger.com
Heitger Funeral Home and Crematory 330-833-3248

Raised by 0 people in 13 days
Fundraiser has ended