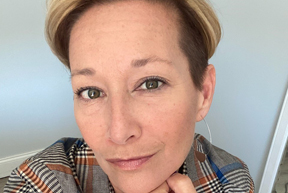 Tina battled metastatic breast cancer since 2017, and succumbed to her illness on June 3, 2021. Unfortunately she also leaves behind some financial challenges for her two young sons. Any help you can offer at this would be greatly appreciated.

Tina Louise Ashworth, known as THE BEST mom to her boys, left this world in the early hours of June 3, 2021. She is reunited with her parents and guardian angels, William and Anna Ashworth, and her boys’grandfather, Edward Tilghman.

Tina was born in Charleston, WV, on September 6, 1968, the youngest of ten children, and was affectionately known as one of the “four little girls”. She graduated from Stonewall Jackson High School in 1986. Tina continued her education later in life, while working full-time and raising her boys, earning Associate and Bachelor’s degrees from Phoenix University.

In the late 80s, Tina relocated to the North Myrtle Beach, SC area where she worked at Access Medical Clinic, eventually becoming their office manager. She moved to Wilmington, NC, after accepting a position at Wilmington Health Associates as a manager. She has remained in Wilmington since 1998, where her two sons, Evan and Sean, were born and they built their life. In recent years she worked at Castle Branch as a user experience specialist.

Tina has touched many lives and has forged long-lasting friendships throughout her life, through her work and volunteer activities. Tina was diagnosed with and successfully treated for breast cancer in 2009, which led to her tireless volunteer work for the Susan G Komen Foundation. She served as both the survivor and race chairs for their local chapter. Tina more recently battled metastatic breast cancer since 2017.

She will be remembered for so much: her vibrancy and beauty from the inside out; her courage, strength, bravery and zest for life; her kindness, generosity and love for all beings. More than anything, she loved her boys with everything she had.

Tina embraced her artistic spirit through her many beautiful tattoos. She enjoyed the beach and was often found with her toes in the sand, or walking along the coast line at sunrise and sunset. She was a fierce advocate for the rights of others, always speaking out against hate. Tina was also full of compassion for animals, especially her many beloved dogs and cats.

Friends and family may join in a celebration of Tina’s life Monday, June 7 from 6-8 at Wilmington Funeral and Cremation, 1535 S 41st Street, Wilmington, NC.

Share memories and condolences with the family at www.wilmingtoncares.com.

Tina, may you forever fly high and watch over us. So glad I got to meet such an amazingly strong woman. 🙏

Raised by 8 people in 30 days
Fundraiser has ended